Investors in Private Offerings in Texas Have Substantial Tools At Their Disposal Through the Texas Securities Act (TSA).

In February of 2018, we posted a piece about how the Texas Securities Act was a “Powerful Tool For Victims of Oil and Gas Fraud” and we discussed how the TSA might apply to oil and gas investments, as we were seeing a significant number of investors’ inquiries about their investments in private oil and gas deals.  As we noted, the TSA considers “any interest in or under an oil, gas or mining lease” to be a security.  It is true that the TSA is a powerful tool for oil and gas investors that have been lied to about a deal, but the TSA is not limited to just oil and gas deals, but is applicable to the offer or sale of any security or investment contract.   In this post, we highlight one of the firm’s recent awards where our client received all of his investment back, plus interest, costs, and a substantial award for his attorneys’ fees.   The investment was not in an oil and gas deal, but was a somewhat typical investment in a start-up venture.

In this case, our client was approached from a “friend of a friend” about an investment opportunity in a start-up venture in Austin, Texas. He was presented a “Pitch Deck”, had a few meetings with the insiders, and received a Private Placement Memorandum (PPM) and a Subscription Agreement.    He was a sophisticated and accredited investor and experienced in business, and was able to read and understand the Company’s statements about the cost of the project, and also understood the importance of other representations made in the Pitch Deck and the PPM about what the Company said made it a good investment.  Based on these representations, the deal looked good to our client and he wanted to invest.  He made an initial investment, and then later increased his investment substantially to over $1,600,000.00.  Following his investment, thestated expenditures set forth in the PPM’s “Use of Proceeds” section were far surpassed, and the deal needed more and more money.  The Company had to go back to the market for more money.    As any investor would, our client began to wonder how costs that were represented as hard bids could increase by millions of dollars.  He feared he had been lied to, and he was rightfully upset.

He began to dig, and discovered what he believed to be more misrepresentations about the stated costs, the existence and amount of actual bids, and the sources of the Company’s revenue and earnings projections.  The company also represented that it had in place certain partnerships and strategic alliances with very significant market participants, and those statements appeared to also be false or misleading.  We were hired to investigate and pursue the claims.

Our client’s instincts were right!  Through investigation and discovery we were able to verify that statements made in the Pitch Deck and certain statements made in the PPM were simply false or omitted very key facts that caused those statements to be misleading.  For example, we discovered that the costs represented by the Company as fixed and backed-up by final bids were not fixed, and were not supported by final bids, but were projections of costs.  Moreover, the Company’s projections also omitted known categories of expenses.  Contrary to what was represented in the initial Pitch Deck and PPM, the actual costs exceeded the initial projections by almost 8 million dollars.  The company’s statements about the known costs were false and misleading and would form the basis for a strong claim under the TSA.

Additionally, we were able to discover and prove that other statements about important aspects of the deal were false and misleading, including that the Company did not have in place the partnerships, strategic alliances, and exclusive relationships it stated were in place at the time of pitching the deal to investors.  Additionally, we learned in depositions that the business used to model the Company’s revenue projections was not actually from a verified source and were not accurate.  Proactive and detailed discovery revealed numerous other facts that were falsely represented to the investors, and/or proved to be misleading because key facts were omitted from the disclosures.  It didn’t appear that any of the false statements or misleading statements could be chalked up to “forward looking statements” or reasonable projections…they were just false, or omitted known information, apparently in an effort to sell securities and raise money.

Of course, any investor would want to know that the stated costs used in the PPM were known by the Company to be incomplete and omitted millions of dollars of known or foreseeable costs.  If you tell your investors it will cost $14 million to build a facility and open the doors, but you know that the costs will inevitably exceed those projections, that is fraud.  Any investor would find it important that the exclusive partnerships and strategic alliances touted by the Company as “done deals” were only ideas, discussions, or desires, and were not done deals.

Think of it this way– if you tell your investors that you are building a luxury hotel (your first hotel) and because you don’t have any experience building a hotel or operating a hotel, you tell your investors you have in place a partnership and strategic alliance with Ritz Carlton, and that Ritz Carlton will provide all of the operational expertise to be successful, such statements make your first shot at a luxury hotel, perhaps, believable.  Everything you need will be provided by a tried-and-true luxury hotel operator, and everyone you know that loves luxury hotels invests in your deal.  But alas, in reality you don’t have any formal relationship with Ritz Carlton, but you have talked to some managers that worked at the Ritz.  Fact is, you have likely committed securities fraud.

Statements that are “material”, those that are important to investors, must be disclosed.  When someone selling securities makes false statements or misleads an investor by omitting a material fact, they have committed securities fraud under the Texas Securities Act.

Our client wanted his money back, and the TSA provided the perfect avenue to try and recover his investment, interest, costs, and attorneys’ fees.  Given the facts in this case, the arbitrator awarded our client over $2.8 Million on an investment of $1.6 Million.  The TSA is, indeed, a powerful tool for aggrieved investors!

As we have discussed in other posts, fraud claims under the TSA are different from fraud claims under Federal Securities statutes or even common law fraud.  Under those statutes and under common law fraud, the investor must prove that the sellers intended to defraud the victim at the time of making the statement, that he/she specifically relied on the false statement, and that the fraudulent statements caused the losses and damages. Even when true, those can be difficult evidentiary burdens.  However, in an effort to protect investors and provide a lesser burden for recovery, the Texas Securities Act only requires proof of a false statement, or a misleading statement (made misleading by the omission of facts) about “material” facts.  That’s it…that’s all…nothing further to prove…no intent, no reliance, no loss causation.  Section 33 of the TSA provides:

(2) Untruth or Omission. A person who offers or sells a security (whether or not the security or transaction is exempt under Section 5 or 6 of this Act) by means of an untrue statement of a material fact or an omission to state a material fact necessary in order to make the statements made, in the light of the circumstances under which they are made, not misleading, is liable to the person buying the security from him, who may sue either at law or in equity for rescission, or for damages if the buyer no longer owns the security.

If a seller of a security makes any false statement of a fact that is important to an investor in deciding to invest, or omits facts that should be disclosed to make a statement not misleading, that seller has violated the anti-fraud provisions of the TSA and should be held liable for the amount of the investment, plus costs and interest.  Attorneys’ fees should also be recovered when equitable under the circumstances of the case.

While the TSA provides a wide lane for the investor, defenses are narrow.  The only defense to the anti-fraud liability is also set forth in Sec. 33A(2):

In reality, the offeror must prove that the investor knew of the false statements and misleading statements, but invested anyway.  Not normally the circumstance.

Liability Is Not Limited To the Company/Issuer.

Frequently, particularly in the start-up capital markets, and often in the oil and gas sector, the company in which the investment was made is belly-up, broke, and judgment proof.  However, Texas didn’t want investors to be without recourse in certain situations.  In addition to the company selling the securities, the individuals that serve as “control persons” will be held personally liable just as if they were the company, or the primary violator.  In our case, the arbitrator found two individuals liable as control persons.

Although it was not relevant in our case, claims similar to “control person liability” claims can be made against anyone that “aided” the primary violator by providing assistance to the underlying fraud, which often includes attorneys, accountants, and other third parties that provided substantial assistance while knowing about the underlying problems.

So what is the takeaway?

For sellers and those trying to raise money in a private offering, the lesson to be learned is don’t lie, don’t mislead, don’t omit facts, have a factual and reasonable basis for your projections, and don’t embellish any material fact or projection.  Forward looking statements, when based on facts and reasonably made, offer an appropriate safe harbor to sellers and should not form the basis of a claim, but no forward looking statement or disclaimer will inoculate a false or misleading statement or a statement made on unreliable or unreasonable assumptions, projections, etc.—those are fraudulent regardless of any disclaimer or safe harbor.

The lesson for investors is to listen carefully to those that want to sell you securities, and read the documents carefully.  Ask questions, take notes, insist on clear and complete answers—it is your money.  Ask a competent attorney to vet the deal for you before you invest.  Various laws hold promoters and sellers of securities accountable for the accuracy and completeness of their statements in connection with the sale of any security. If you have made investments about which you are concerned, and you believe that the statements made to you to get your investment dollars were false, or that the statements omitted key facts that would have made the statements not misleading, you should contact an attorney.  Statutes like the Texas Securities Act are, indeed, powerful tools for the victims of securities fraud…whether the victims are sophisticated, accredited, and experienced, or not, and regardless of the nature of the deal or the underlying investment.

Thank you for reading, liking and forwarding! 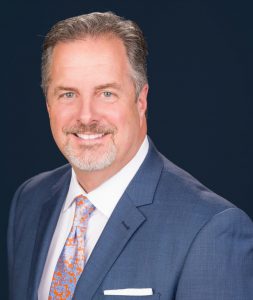